Types of pollution and their sources

Air pollution is the contamination of air by harmful substances that can cause health problems. These can include burning eyes and nose, an irritated throat, breathing problems, and even premature death. Air pollution can also have a negative effect on the environment.

Some air polluting chemicals are explained below: 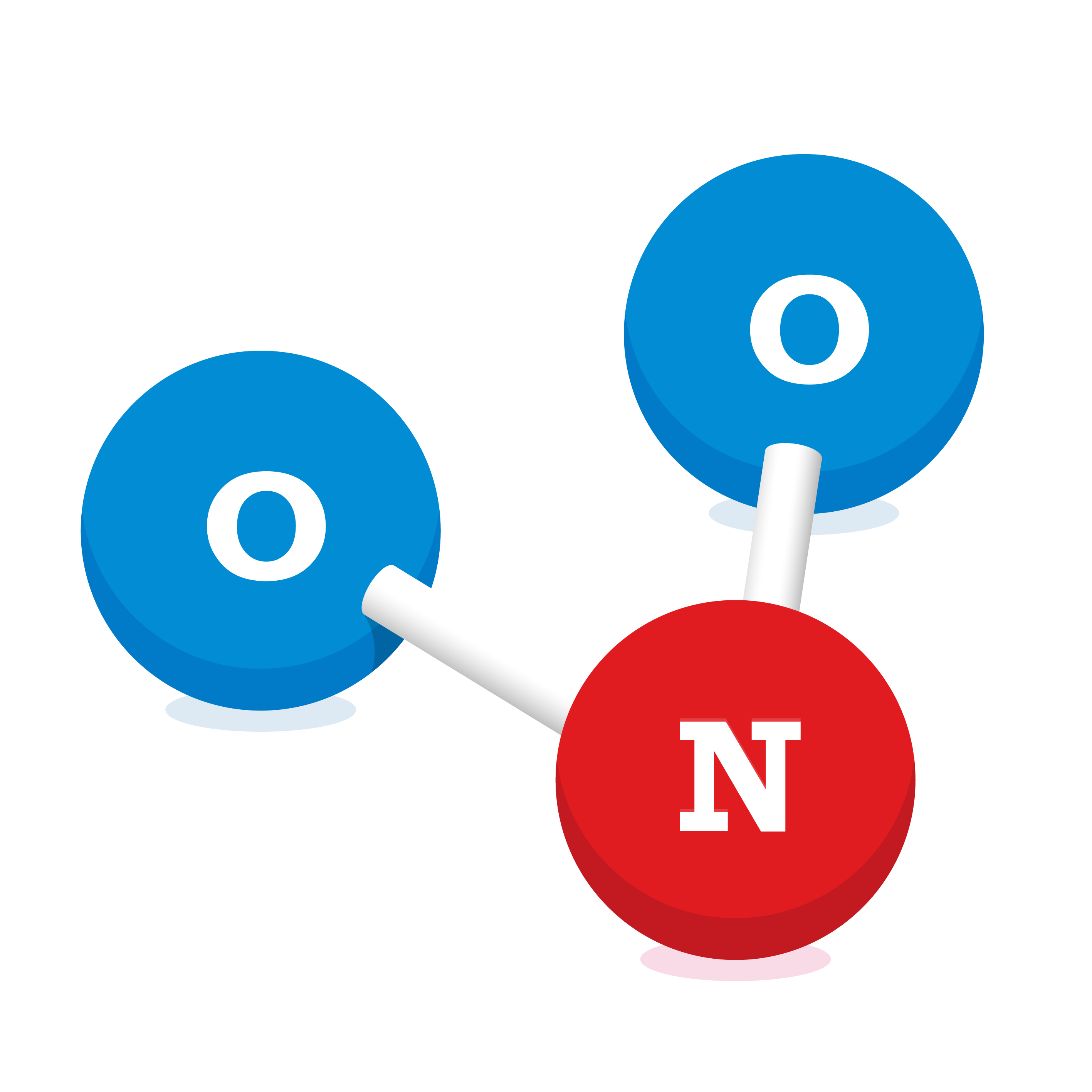 Nitrogen dioxide is a red/brown coloured gas with a sharp, unpleasant smell. NO2 is made up of one nitrogen atom and two oxygen atoms as shown in the diagram. It is a secondary pollutant and is created when nitric oxide (NO) – formed in the combustion process – reacts with oxygen in the atmosphere.

The major sources of NO2 in the Wales are through the burning of fossil fuels (coal, oil, gas, petrol and diesel) for domestic heating, power generation and road transport. 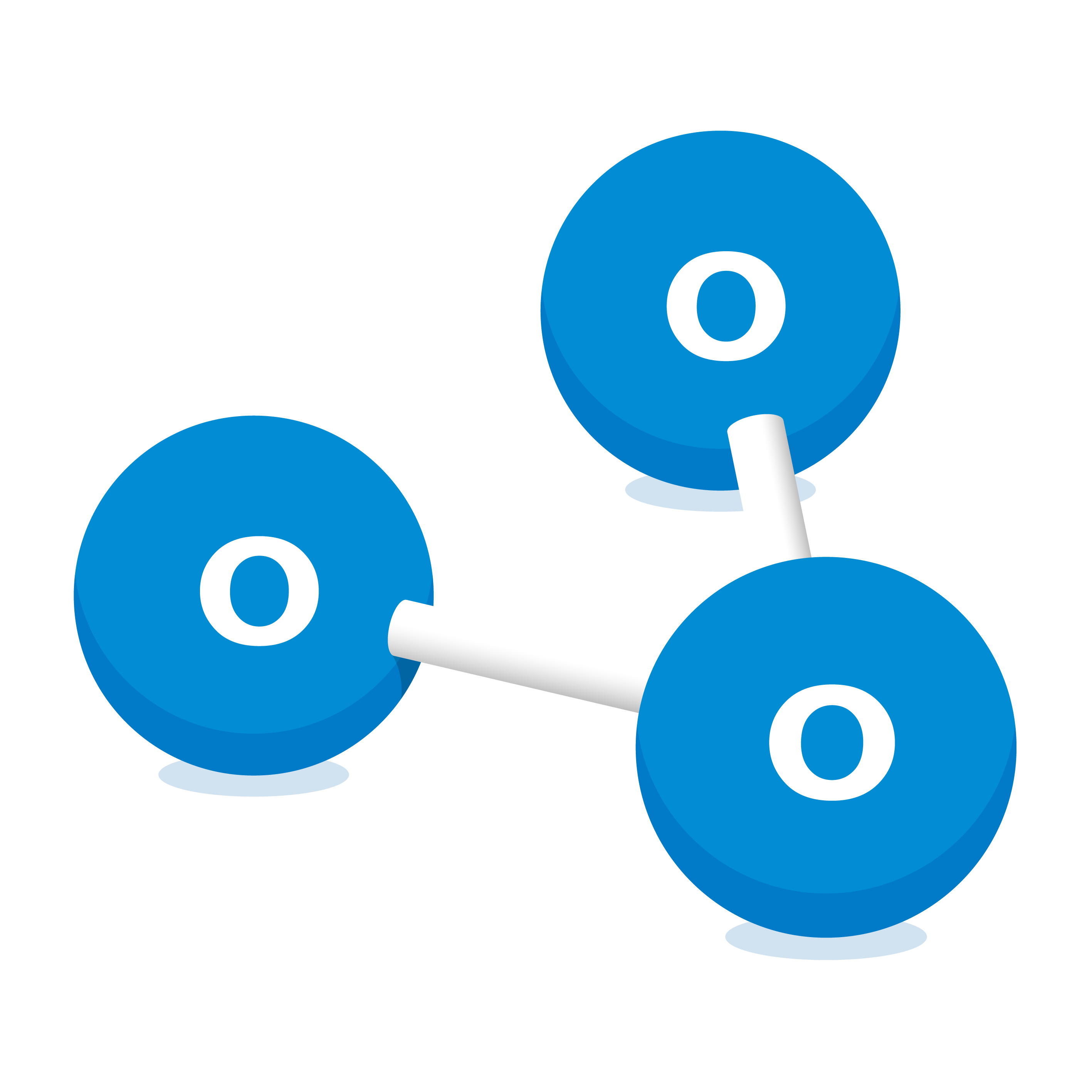 Ozone is a very pale blue, almost colourless gas made up of three oxygen atoms joined together. It has a distinct smell at high concentrations.

Ozone is a naturally occurring gas in the upper layers of the atmosphere, between 10 and 30 miles above the earth’s surface, which protects the earth from the sun’s harmful ultraviolet rays. You'll probably have heard it referred to as the ozone layer.

However, at ground level, ozone is a harmful secondary air pollutant. Ozone is created by chemical reactions between emissions from industrial facilities, vehicle exhausts and chemical solvents in sunlight. Nitrogen oxides (NO2 and NO) and volatile organic compounds (VOCs) react in the presence of sunlight to produce ozone. Ozone and the primary pollutants that lead to its production can also be transported long distances e.g. from continental Europe.

In Wales, ozone is the most common cause of air quality problems in rural areas. The highest levels of ozone pollution occur in the summer on hot, sunny, windless days.

Ground level ozone is harmful to health, it can have a noticeable effect on health, triggering asthma, causing breathing problems, reducing lung function and potentially causing lung diseases. At sufficiently high concentrations, ozone is also harmful to plants and trees. Ozone can also corrode building materials, statues and monuments, and natural rock features in the landscape. 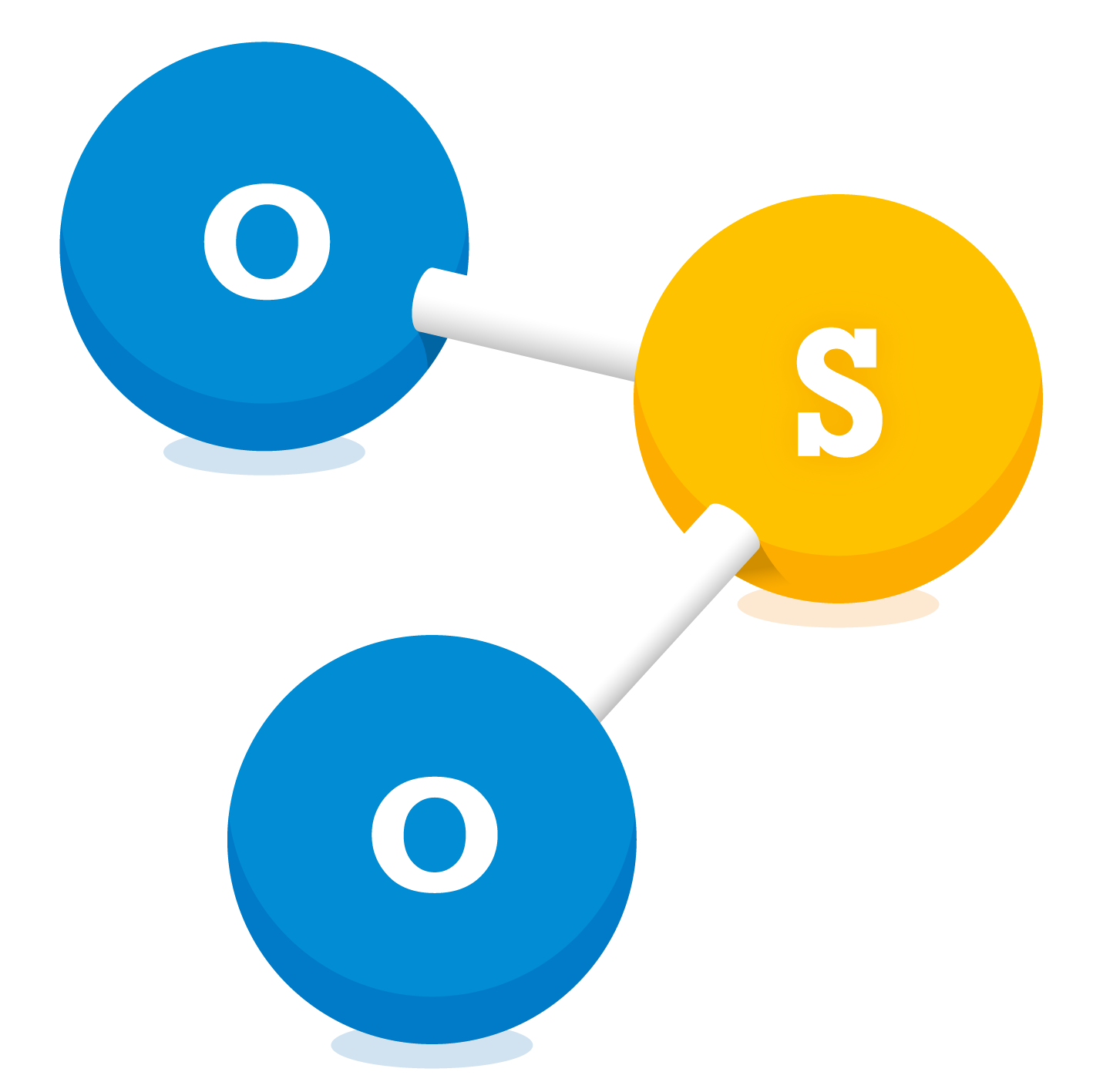 Sulphur dioxide is produced when a material, or fuel, containing sulphur is burned.  It is a gas associated with industrial areas, in particular industrial processes such as the burning of fuels (coal and oil).

Sulphur dioxide is a colourless gas and has a pungent, irritating smell. SO2 is made up of one sulphur atom and two oxygen atoms. It reacts with other chemicals to form harmful compounds such as sulphuric acid (H2SO4) that can cause acid rain.

SO2 can be formed naturally and emitted by volcanoes or from geothermal hot springs. Emissions from volcanos such as those that erupted in Iceland in 2010 can travel thousands of miles – it is not just local emissions that affect your environment.

current sources of SO2 in Wales are from the processing and burning of materials containing sulphur such as the generation of electricity from coal and oil at power stations and from combustion processes such as solid fuel burning and particularly in industrial. Newer coal and oil fired power stations can have systems to remove large proportions of SO2.  Shipping emissions may also be a potential source of SO2 in busy coastal areas. 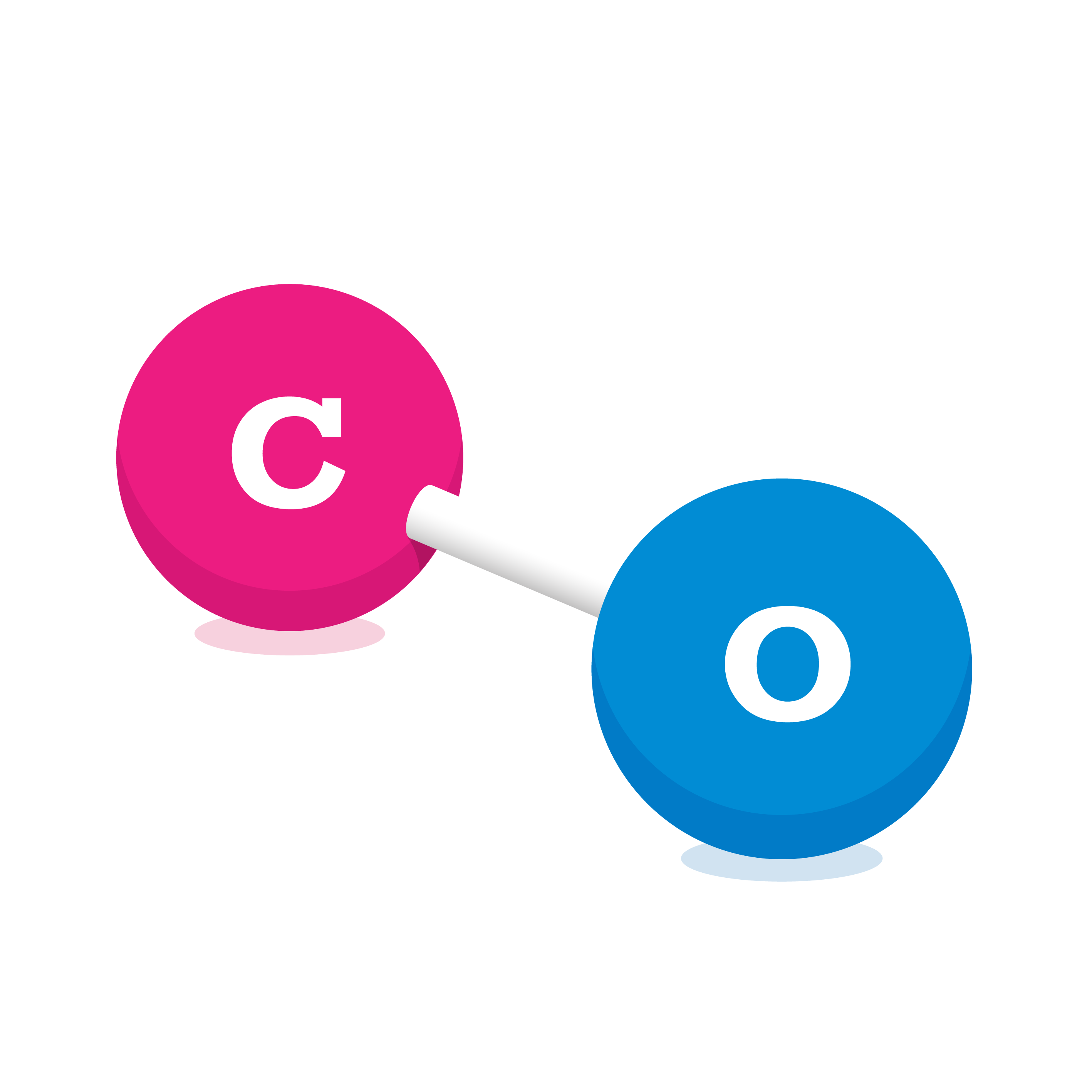 Carbon monoxide is a colourless, odourless and tasteless gas that is slightly less dense than air. It is made up of 1 carbon and 1 oxygen atom.

CO is produced by the incomplete burning (i.e. there is not enough oxygen for each carbon atom to combine with two oxygen atoms) of carbon-based fuels, including petrol, diesel, gas, oil, wood and coal.  In recent years though CO is mostly produced by road transport, in particular petrol – vehicles.

If you have a solid or gas boiler or fire or other non-electrical heating you may have a CO sensor/alarm to warn of CO emission if the appliance is not operating correctly. CO emissions can kill within minutes if inhaled. The early symptoms can be nausea/feeling sick and a feeling of disorientation. Carbon-based fuels are generally safe to use, it is only when the fuel does not burn completely so that CO is produced instead of CO2 which is formed when combustion is complete (i.e. in the presence of plenty of oxygen).

CO can affect the transport of oxygen in the blood and reduce the supply of oxygen to the heart, particularly in people suffering from heart disease. 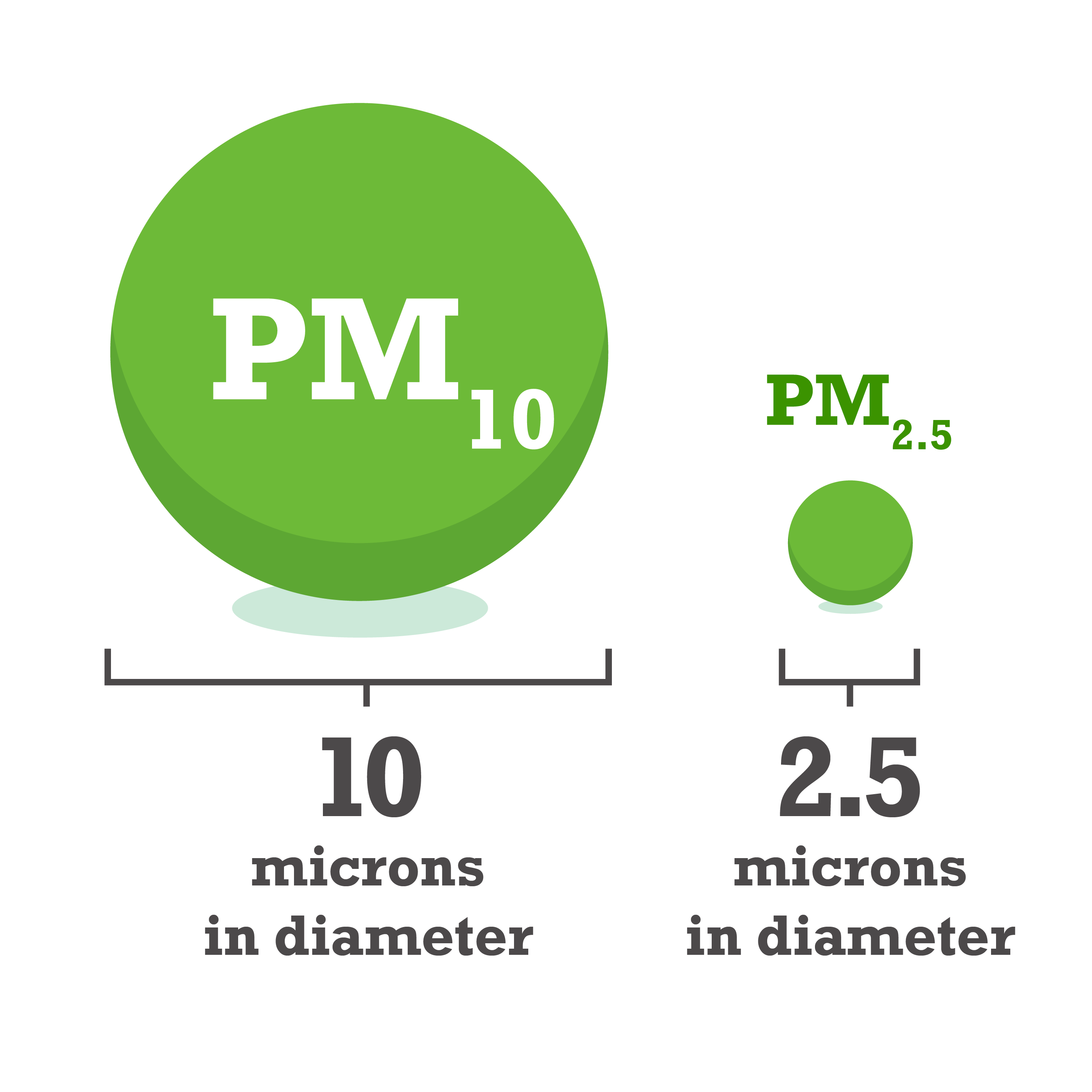 When scientists talk about particulates they generally categorise them into two main groups, depending on the size of the particles. PM10 is the term given to a group of particles of up to 10 microns in size. PM2.5 refers to the group of smaller particulates up to 2.5 microns in size. To give a sense of size, a human hair is 50-70 microns in diameter so five to seven times as big as a single PM10 particle and over twenty times bigger than a PM2.5 particle. Microns are very small indeed – 1 micron is equivalent to one thousandth of a millimetre! The diagram shows how PM10 and PM2.5 particles sizes compare.

PM2.5 is made up of finer particles than PM10 including organic compounds and some metals. These fine particles are emitted by all types of vehicles and some industrial processes. Other sources include natural sources such as forest/wild fires.

The particles that make up PM10 includes PM2.5 particles but is also is made up of courser particles including dust, pollen and mould.  These particles can be produced from human activity through road transport, diesel trains, shipping, industry and solid fuel burning or naturally occurring such as sand and sea salt.